Ofwat published its final determinations (FDs) for the England and Wales water sector at 07.00 on 16 December 2019. There are many documents and a lot of detail that the industry will need to pore over in order to understand the implications. Here we explore the three main contentious issues in the sector: finance, cost efficiency and outcome delivery incentives (ODIs). We take an initial look at what has changed since the draft determinations (DDs), published earlier in the year. It will now be for the water companies to assess the FD proposals and ascertain whether they can live with the settlement or whether they will choose to refer the package to the Competition and Markets Authority for further scrutiny. Companies have two months to decide.

Ofwat published its final determinations (FDs) for the England and Wales water sector at 07.00 on 16 December 2019.1 There are many documents and a lot of detail that the industry will need to pore over in order to understand the implications.

This briefing note examines the three main contentious issues in the sector: finance, cost efficiency and outcome delivery incentives (ODIs). We take an initial look at what has changed since the draft determinations (DDs), published earlier in the year.2

The cost of equity estimate has reduced by 29bp, and the main driver of the reduction is the decrease in the risk-free rate. Ofwat has retained the same estimate of asset beta from the DDs (0.36). The beta estimation methodology now also looks at betas estimated over a five-year period, compared with the focus on two-year betas in the DDs.

The cost of debt estimate has reduced by 20bp, which is almost entirely due to a decrease in the yields on benchmark corporate bond indices. Ofwat now assumes companies will outperform the benchmark indices by 15bp when issuing new debt instead of the 25bp that was assumed in the DDs.

Portsmouth Water and South Staffordshire Water have both passed the three tests set by Ofwat to qualify for a company-specific adjustment to the cost of capital. Ofwat has increased the cost of debt allowance for these companies by 33bp.

The FDs make extensive use of higher pay-as-you-go (PAYG) and regulatory capital value (RCV) run-off ratios to bring forward to AMP7 the cash flow that would have materialised in future price control periods. Ofwat reports that the FDs advance revenue for 12 companies.

On a notional basis, Ofwat calculates that after these adjustments all companies will have an Adjusted Interest Cover Ratio of 1.5x or higher.

Ofwat also assumes that companies with RCV growth higher than 10% will reduce the dividend yield below the 3% modelling assumption so that credit metrics remain consistent with a BBB+/Baa1 credit rating.

Key changes since the DDs

While Ofwat has not changed its model specifications since the DDs, the change in the efficiency challenge has been driven by a number of factors, some of which offset each other. The key changes include the following.

In the DDs, Ofwat set out its initial position on performance commitments (PCs) and ODIs. In their representations, a number of companies argued that these were too stretching, and that they exposed the industry to significant downside risk.

In the round, the DDs represent a significant movement compared with the DDs: reduced stretch, greater protections, and more symmetry in ODI downside/upside risk. However, each company’s situation will be different.6

In exploring what has changed since the DDs, of particular interest is Ofwat’s approach to ‘common’ and ‘comparable’ PCs (and the associated ODIs), which cover:

For the three UQ measures, some companies had argued that Ofwat’s use of a combined historical and future UQ target led to over-stretching targets, compared with PR14 (in which historical data only was used to assess the UQ). In the FDs, Ofwat has stuck to its DDs position on this issue, pointing out that companies have outperformed the historical UQ target.

However, Ofwat has reduced the stretch target for water supply interruptions. At the DDs, the PC for 2024–25 was set at three minutes (the forecast UQ), with a glide path. However, Ofwat now considers that the forecast UQ is not an appropriate expectation for the sector by 2024–25, and has adjusted the 2024–25 target to five minutes, with an amended glide path in the first four years. In addition, at the FDs, underperformance payment rates are now symmetrical with outperformance payment rates, so as to ‘provide a more balanced spread of incentives and risks’.

In the case of internal sewer flooding, Ofwat has reduced the downside ODI payments for three companies it regards as performing poorly, by introducing collars for the early years of 2020–25. Moreover, ODI payment rates are now symmetrical (again, having previously been downward-skewed).

On leakage, Ofwat has made the leakage PC less stretching for some companies (while there remains a requirement for a minimum 15% improvement). In addition, for companies that are already performing very well on leakage, Ofwat has recognised that these may find it more challenging to reduce leakage further. The regulator has provided some additional funding for enhancement expenditure that takes leakage beyond the forecast UQ—although whether this is enough will need to be assessed by each of the companies concerned.

On the CRI, at the FDs Ofwat has amended the deadband to a score of 2.00 throughout the 2020–25 period, in part to allow more flexibility in performance to take into account the uncertainty created by the ban on the use of metaldehyde (which has been overturned by the High Court).

Interestingly, Ofwat also discusses the links between cost efficiency performance and service performance. A number of companies had argued that there was a trade-off between the two and that it was not possible to deliver UQ performance on both.

In the FDs, Ofwat presents its own new evidence. While the regulator notes that it does not expect a company to be good at everything, it presents evidence which, in its view, shows that companies that perform well on costs are also good performers on service. This is through various higher-level heat-map analyses of rankings, and is worth further analysis.

It will now be for the water companies to assess the FD proposals and ascertain whether they can live with the settlement or whether they will choose to refer the package to the Competition and Markets Authority for further scrutiny. Companies have two months to decide. 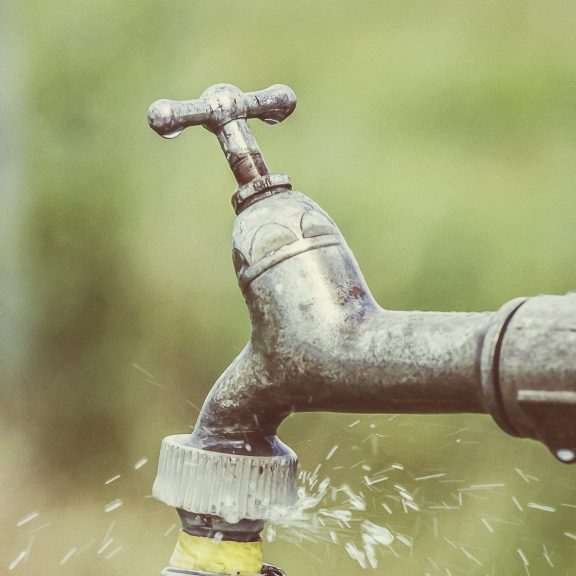 August 2019
Ofwat’s July 2019 draft determinations for water companies in England and Wales signal that the regulator is toughening its stance on allowed returns, cost efficiency and performance incentives. Credit rating agencies have provided their own thoughts on what this means for the sector. We go under the bonnet to explore the detail